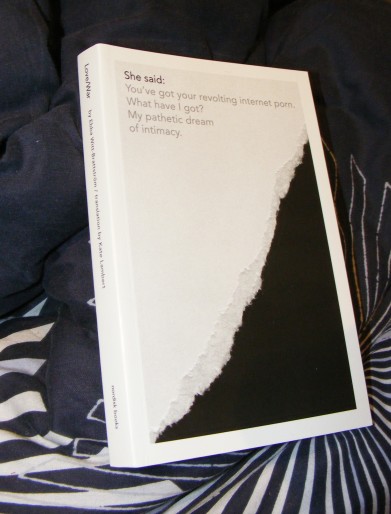 He said:
I look at you
and I ask myself
if a woman’s vanity is increased
by living with a successful man.

She said:
That was the stupidest thing
I’ve ever heard.
Even from you.

Ebba Witt-Brattström is currently Professor of Nordic Literature at Helsinki University. She has received numerous awards for her work and was one of the founding members of the Feminist Initiative party.

Kate Lambert is a freelance translator working from Swedish and Finnish into British English in the depths of Somerset in South-West England. She has been working as a translator since 1996 and specialises in the arts and humanities, especially history and tourism. (She’s also a friend of…